Hindu Boy, to be 27 soon, BE working as no-work-but-sleeping specialist in an MNC in Bangalore, seeks fair, good looking, educated bride, provided she is ready to do the following:
If all the criteria satisfied then please send Biodata, Horoscope, Photo, Experience Certificate in Cooking to The Kaalakoodam Dinapatram, PO BOX 97714,Utopia.

Age/Caste/Religion No Bar if all the criteria are met.

Posted by Dhanush | ധനുഷ് at 11:20 AM 5 comments:
Email ThisBlogThis!Share to TwitterShare to FacebookShare to Pinterest

In the midst of a disastrous world cup, where a coach died and two paper giants lost...
In the country where the Sachin's and Sania's get the most adulation..
In a time where everyone is blaming every other layman for a world cup debacle ...

One man rose to the heights; in the world of one of the oldest games. A game which is supposed to have originated in India. A game where the Kasparovs, Kramniks and Karpovs ruled the roost for twenty long years. One man with his sheer Intelligence, Patience and Perseverance now rules the World of Rapid, Blindfold and Classical Chess. 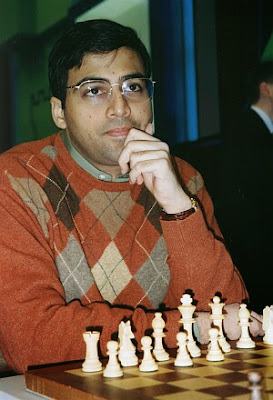 Lets forget the other sports persona for the time being; and celebrate his Number One ship in the FIDE ranking and let's not sink this historic moment in the heat of blame games now happening across India. Hats off to the AICF, who forgot their differences, and launched the protest against FIDE to include the Linares ratings into this months FIDE ranking List.

Congrats Vishy Anand. You have made us proud, at a time when our heads were down.
Posted by Dhanush | ധനുഷ് at 8:09 AM 4 comments:
Email ThisBlogThis!Share to TwitterShare to FacebookShare to Pinterest
Labels: anand, chess, congrats, victory
Newer Posts Older Posts Home
Subscribe to: Posts (Atom)