in pursuit of happiness... 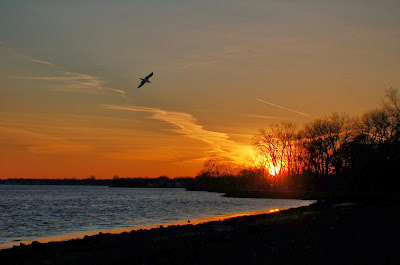 A man travels the world over in search of what he needs and
returns home to find it. -George Moore

I am back home finally for the pursuit of happiness. And it is true that its here where I am fine. This photo was taken at Metro Park Beach Near to Troy. The spring had set in and it was still cold. The seagulls and sun were returning to their abode. I stood still there capturing them. There are some more to upload. Will find soon in my photo blog.
Posted by Dhanush | ധനുഷ് at 7:51 AM 5 comments:
Email ThisBlogThis!Share to TwitterShare to FacebookShare to Pinterest
Labels: seagull, sunset, troy, vacation

The summer has set in. And so has Silverine’s Tag – The Sunshine Tag - in my mind. And Here I Go!!
There is always a joy associated with the summer, even though it sweats you a lot. The main memories you take out from a summer would be the time out you get from the studies, the eagerness to hear the last bell of the last exam of the year, the graduates moving out of college with the pain departure. Autographs, love confessions, Farewell parties.
I don’t have a number to revive the sweet old memories; I will just put it down. Up from childhood days to the mid twenties. 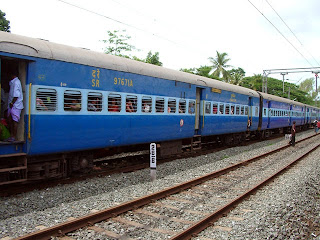 The earliest memory would be the wait for my uncles to take me to my Achan’s house. I had my initial schooling in Pala and my vacations were always spent at Achan’s house in Vadakara. The Day Express journey from Kottayam to Vadakara was tiring; but I was always excited. I may have got a window seat and I would be looking outside; the cool breeze will set in to the thickly populated compartments. Periyar will pass, Nila will pass and across the Moorad river will be Vadakara. My home!!
There always used to be the Swing on the Ottu Maavu which my grandmother would have set up for me, with the help of our servant Gopalan. That swing used to be fun; and I was the only kid used to be there to swing on it. My cousins were still not born or very young. My youngest uncle and I used to do doubles on the swing, with he standing on the swing and I sitting. And on one event full day, we both fell from it and it happened such a way that I fell on top of him. He fell on his back and got it injured. I was on top of him.
Finally as Mummy and Achan returned we settled in Vadakara and I enrolled into the SNHS. Still the summers were same; going to Achan’s or Mummy's place. Then there were the vacation trips we took in our Ambassador car to the Oottees, Kanyakumarees, and Bangalores. They were fun, with atleast two families pushed into one big car. And Achan and another uncle (The Naathan of the other family with us) driving with mummy pinching in during the easiest of the routes. In one such journey, I remember mummy going to the sides out of the road and Achan in front suddenly crushing her feet with his shoes. He was just applying the brakes :-)
The cricket I played with my friends in the neighbourhood is one thing I still miss today. Though those by lanes (Eda in Vadera Bhasha) has turned into the tarred roads, even today when I walk through I can hear the fresh voices of appeals and caught behinds.
Going to Calicut with family. We always used to go to Calicut; it is just like my home town. But summers will be fun with mummy making a big list to shop including school uniforms and other house hold items. I always waited for the lunch and the visit to Calicut Beach. The Biriyani from Sagar or Paragon or Topform made my day and the long wait at umpteen shops have been fruitful. Calicut Beach in summer is a really great place to be in the evenings, with lots of people coming to enjoy their vacation. Calicut indeed is the best place to live in; I believe.
Kunnath is my Valyamma's (Achan’s Elder Sister) House. Visiting them and staying there was one of the top priorities during any vacation time. I preferred staying there than at my Achan’s ancestral house because there were cousins of my age at Kunnath. We used to go to the nearby paddy field play cricket or jump into the pond in the courtyard or fish the guppies with the towel. I will only jump; but not swim. Valyachchan’s attempt to make me float on the Thenga Thondu wasn’t a success as a big Mr Dhanush Gopinath will cry after going further deep into the pond. After a week I should report at Thacharkandiyil, my Achan’s house, were I spent time swinging and reading books and teasing my sister. 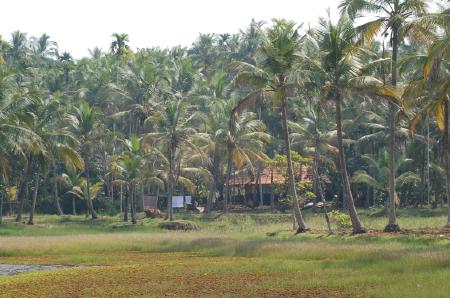 Summer’s never used to be the same after college started. Our exams always came in June and the summer at home or hostel was hotter. At home mummy’s care was there with me putting up weight only to lose it after going to hostel. Summers at hostel were fun if people were there. With exam dates nearing, the grand C Hostellites will start playing Volleyball in front of the C Hostel. It was a kind of break away from the studies; then a bath with loud shouts of Therri Vilees. Then a stroll to Pallimoola or Viyyur to get some dinner (Mess’ aren’t open in vacation) and back to studies. Across my table sat a slim anon; who would be busy turning the pages of an Operating Systems or Systems Programming book as though he is readying a Frederick Forsyth thriller. The marks he bought in were a bit huge though. :-)

Then at the end of one summer I joined the IT world and became a tagged engineer. And then onwards there was No Summer. All the summers got evaporated in the air conditioned cabins of multinational companies. Instead there were the seasons of design, coding, testing and release. Period.
Posted by Dhanush | ധനുഷ് at 9:53 AM 7 comments:
Email ThisBlogThis!Share to TwitterShare to FacebookShare to Pinterest
Labels: Memoirs, Summer, Tags
Newer Posts Older Posts Home
Subscribe to: Posts (Atom)